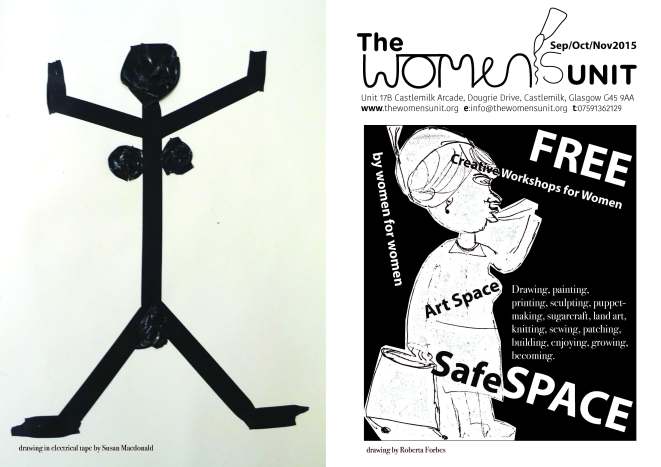 The Women’s Unit is the name of a free feminist artspace in Castlemilk which formed phase two of a year long artist residency between Glasgow Womens Library and Castlemilk Community Centre. The residency focussed on women who had faced violence and abuse. McIntosh secured the space as an environment that women could utilise on their own terms, a place to learn, connect with other women, access creative resources and build resilience.

A 12 week programme of workshops commenced in September 2015. In 2016, Creative Scotland featured The Women’s Unit in a film about participatory practice.

To date the Unit has hosted several exhibitions, taken part in Southside Film Festival at the invitation of GOMA and exhibited TOUGH WEEKS at the CCA in Glasgow. The Women’s Unit  was also invited by Women’s Aid to create art work with service users which could be shown at an anti Violence Against Women symposium in the Easterhouse. the symposium was called Silent Scream.